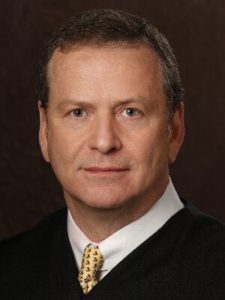 Former Fifth Court of Appeals judge Bill Whitehill started at the Dallas-based business law firm after spending about five years on the bench, Condon Tobin announced Monday. Before that, he spent over 32 years as an associate and partner at Gardere Wynne Sewell LLP, now known as Foley & Lardner LLP.

Whitehill left the bench in December after losing the 2020 general election against his Democratic challenger, now-Justice Dennise Garcia. Whitehill was one of three incumbents, including David Evans and the newly appointed John Browning, who lost their Fifth Court of Appeals seats to Democratic challengers last year.

The firm touted Whitehill’s experience on the bench, having authored more than 600 opinions on the Fifth Court of Appeals, one of Texas’ largest and busiest appellate courts anchored in Dallas.

“I think I will be a much better practitioner than I was before because I learned what’s important and what a judge is really focused on,” Whitehill told Law360 on Wednesday.

While on the bench, Whitehill ruled on a number of high-dollar cases, including reversing a $98 million jury verdict against BBVA Compass and affirming a win for Xerox in a $4 million breach of contract suit filed against them by Walmart.

“Justice Whitehill brings decades of experience as a leading appellate lawyer and jurist in our state,” Aaron Z. Tobin, who leads the firm’s trial practice, said in a statement.

“Our clients will benefit greatly from his strategic counsel and advocacy on important appeals and questions of law in the trial court.”

Whitehill described Condon Tobin as “a very young and growing and dynamic firm” that presented an opportunity for him to build up an appellate practice. He said that although his time on the bench was a “wonderful experience,” he does not intend to seek out a judicial position in the future.

“I loved the experience of engaging with my colleagues in discussing legal issues,” he said. “I enjoyed the experience of engaging with advocates in their arguments, and enjoyed working with my team of staff lawyers that were so great and so beneficial. The opportunity to study and debate and write about the law with very talented people was just fabulous.”